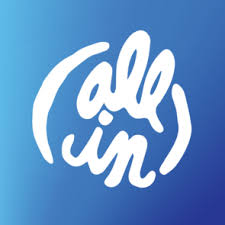 To have a relationship with God, the Bible uses the symbolism of a door to our hearts. This reflects that if we want to have a relationship we first must open the doors of our hearts to it. Jesus isn’t like the S.W.A.T. team ready to bombard your life when you least expect it. Patiently and without fail he is waiting there for you. There are times when it feels like the knock is louder than others, this I believe can be true because we may have become good at blocking the knocking out, but someone telling us about Jesus brings the knocking to the forefront of our hearts. This is the feeling you get when you’re at church and the minister gives a salvation prayer and your heart is beating a mile a minute wanting to make the choice to follow God, yet something in your head says ‘RUN’. So, you ignore the knock and go on with your life. God desires an all in relationship with you, maybe it is time to open the door and experience the love of Jesus.
“We all arrive at your doorstep sooner or later, loaded with guilt, our sins too much for us— but you get rid of them once and for all.”
Psalm 65:2 MSG
“Here I am! I stand at the door and knock. If anyone hears my voice and opens the door, I will come in and eat with that person, and they with me.”
Revelation 3:20 NIV
Jesus is knocking at the doors of every human being on this earth. He loves every single person alive and has a strong desire to meet them. He loves you and is knocking at your heart looking to come spend time with you. Have a relationship with you.
One of the problems we have is we have loaded the hallway to the door full of our guilt. We can’t see that there is a doorway yet alone hear someone knocking. Ideas and false teachings muffle out the call of the true saviour, feeding us untruths which keep you away from Jesus. Some believe they must clean themselves up before they answer the door and invite Jesus in, this just isn’t the case, he wants to meet you as you are. He will work with you to clean up after, why struggle to clean it up alone when he is offering to help.
Others feel if the let him in he is going to start condemning them for all the things they have done and collected in their lives. He promises to forgive you of your past and work with you to create a better tomorrow, showing you things, you will willingly throw out of your life when compared to the love of Jesus. Why would you wear dirty rags when he is providing the best clothing possible?
Still, others have just not heard anything about him. They live their lives oblivious that there is a problem called sin and that life as they know it is all there is. No one has ever shared the love of Jesus. The church to them might be a place people go a club of sorts for the weak-willed who get suckered in and throw away their money.
Lastly, others hear yet they feel that he couldn’t possibly be calling them. Voices telling them that Jesus is fine for others, but he wouldn’t have time for you. These are voices from the enemy whose main goals are to keep you spearhead from Jesus. Fight those voices, climb over everything that is in the way of you opening the door, rip it open and meet the man who died for you so that you may live.
Jesus is knocking at your door today! Will you listen? Will you fight against the voices that tell you he isn’t? Jesus loves you. He cares for you. He will heal you, spiritually, physically and mentally. He will bring peace and joy. Life as a follower of Jesus isn’t all rainbows and ponies, but it will change your heart and give you an eternal perspective that you never had before. God’s plan for you is to have an all in relationship with him. What is holding you back from experiencing this?
Jesus, there are those reading this that need to hear your knocking at their door. It is there yet they have blocked it out with so much other stuff that it is very faint. I ray that it will start to get louder as they lean their ears to hear it. Let it be persistent in their hearts. They need to feel your love from believers and know that you truly love them. Reveal yourself to them today. Let me be a light to them as well. They matter to you Jesus, so they matter to me too. Amen

How many movies have we seen where the heroes run into a room and barricade the door in hopes to stop whatever is on the outside from getting in. After a while and things settle down someone gently knocks on the door and they then have to move all the items they put in the way to verify who is waiting on the other side. We have put up a barricade in our lives, but Jesus is on the other side asking you to open the door to the truth and life he brings.

“Look! I stand at the door and knock. If you hear my voice and open the door, I will come in, and we will share a meal together as friends.”

I believe Jesus is knocking on the hearts of every human being on earth. His desire is that none shall perish. So why is it that so many people ignore the knocking? I think that 1) they just honestly don’t know who is on the other side. Or 2) they have placed so much junk in front of the door that they just can’t hear the knock anymore.

Some people just are living in such isolation that they never have heard the message of Jesus. Others have grown up in a home where God was not spoken of so although they aren’t isolated from other people, they were separated from the truth intentionally or unintentionally. Many have been grown up with other beliefs that don’t point towards Jesus and have bought into something that doesn’t lead to God the Father. Yet others just plain refuse to accept that God even exists. They will fight to tell you but will not take the time to even investigate for themselves.

We can’t just kick down their door and let Jesus into their lives. We need to build relationships to let these people know that it is Jesus on the other side calmly and patiently waiting for them to open their lives to him. We can work with them to help move aside the junk they have put in front of the door to block or defend what is on the other side, as they have been misinformed by the enemy that Jesus just wants to take their fun away.

We know that isn’t the case. Jesus wants to bring life. Who doesn’t want life? They matter to Jesus, that’s why he is knocking, they matter to us so we should be letting them know whose there.

Jesus, help me to show others who is on the other side of the door. Keep my eyes open for opportunities to build relationships to share your love. Let me be strategic in my witnessing and be an encouragement to those around me. They matter to me. Amen

What is this All About?

Stay on good terms with each other, held together by love. Be ready with a meal or a bed when it’s needed. Why, some have extended hospitality to angels without ever knowing it! Regard prisoners as if you were in prison with them. Look on victims of abuse as if what happened to them had happened to you. Honor marriage, and guard the sacredness of sexual intimacy between wife and husband. God draws a firm line against casual and illicit sex. (Hebrews 13:1-4 MSG) Let's pray together that God will turn hearts, strengthen marriages, change lives and give believers a renewed passion for the lost.